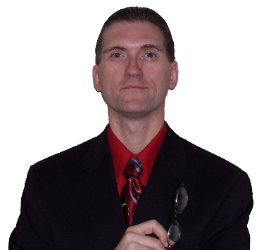 After this “lost but now found” young man began to read the Bible on a daily basis and pray fervently, he was led to follow the Holy Spirit of God in every aspect of his life. Amazingly things began to happen in his life and in the life of those he encountered.

As he grew in the spirit and in the wisdom from the Lord Jesus, he would step out in faith. He was always at church; most times twice on Sundays, unless he was on duty at the base. There was a deep desire to be in a ministry for the learning and the doing, as well as to lead a ministry. Many times you would find him at the church or where ever the particular ministry was being held. And the chances offered for meeting others in fellowship were never passed by.

Soon this child of God’s was “winning souls” for Jesus. He was testifying or encouraging the fellow airman on base, at churches, on the streets, and anywhere he traveled in the world. People began to tell him of his character, gifts, and passion. They could see how he was anointed by God.

When you come from a life of chaos and sadness, you do not think those things ever leave or they can be healed in a short amount of time. The usual choice is to say that it is not the right time to be used by God for the greater good; reaching the lost in the capacity of a minister or evangelist.

After the Lord had shown him that he was brought through trials, tribulations, and tasks for wisdom, strength, and healing so he could be used in a larger capacity he received confirmation of God’s plan.

“It was after the Lord Jesus Christ had shown me, Raymond J. Rippenkroeger, that he had called me to reach the lost in a greater capacity. I followed the leading of the Holy Spirit to study and become ordained. I received my ordination on August 12, 2005. It was through many years of studying the Word of God, serving in many ministries, being tutored by many ministers and lay preachers, plus the years of Online Seminary and On Campus Seminary studies, that I stand before the people of the world as Reverend Raymond J. Rippenkroeger.

“The Lord Jesus led my wife and I to move to the state of Texas; the Austin area. At that time I was given the vision and the passion to began the Online evangelistic ministry ‘Realization Ministries’ (realizationministries.com). It is through the development of the web site by my son, Michael and the continued advice from my wife, Tanya whom also is part of the staff, and myself that makes up this ministry.

“I was already continuing my ‘street witnessing’ ministry in all the communities in the Austin, Texas area. Now I was fulfilling the vision God had given many individuals since 1981, to be an ordained minister of the Lord.

“As God had laid it on my heart, Realization Ministries is here to: ‘Be an ear to listen, A place to vent, a time of peace and healing.’ Anyone in the world can go on line and read the sermons and articles for their growth and the need to understand the Word of God better. There are also resources that will be posted such as books, places of worship or helps, and certain persons in particular fields of interest.

“This outreach ministry is supported by the blessings of God through his provisions and those of individuals or groups whom are led to support it.

“The lines are open and the telephone numbers are on twenty-four hours a day and seven days a week.

“May God bless you and may all of us at Realization Ministries be a blessing to you who ‘come and see.'”